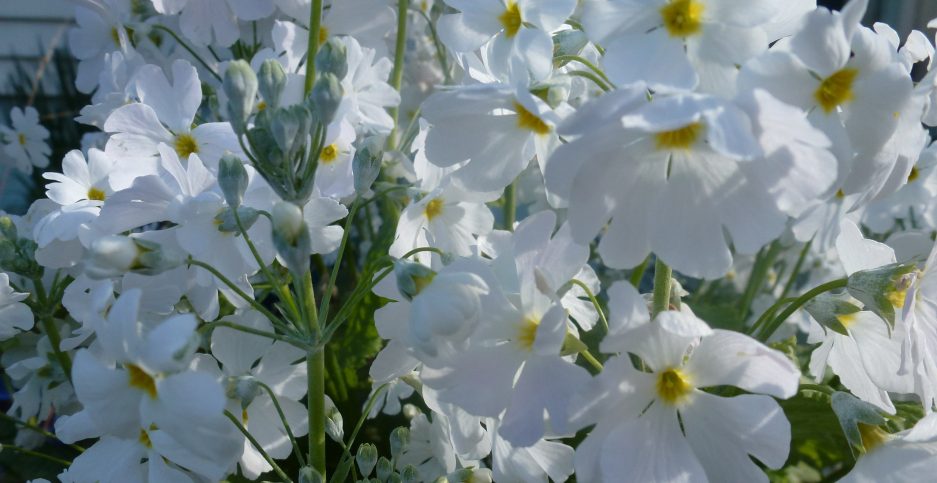 It’s raining very hard here, and a shallow lake has formed between the back door of the house, and my quilt studio. Wimp that I am, I have decided to stay inside with a hot drink and write a blog post, rather than swim to my quilting.

I mentioned in my last post some Ice Dyeing I had done a couple of months ago, but never blogged. I had time on New Years day to play again, so thought I had better document the process, for myself as well as any interested parties. 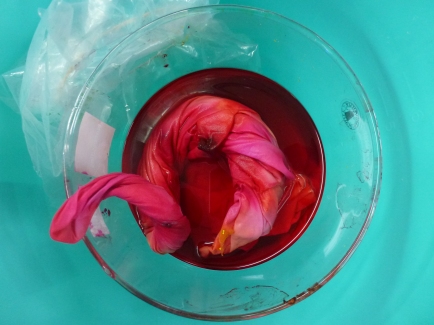 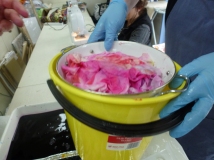 I took the initial class at Village Books and Crafts, and Dianne taught us the basics, spread out over a couple of days. Setting it all up one evening, then the big reveal the following afternoon. As per usual, I liked my daughters efforts more than my own, as we played with different colour ways to avoid our fabrics getting mixed up.

The process involved scrunching, pleating, or folding our soda ash soaked fabric, then covering with ice, then sprinkled dye powder. After the ice had melted, we rinsed out the excess dye, then washed the fabrics in hot water to remove further dye. Fairly simple sounding, but in reality, there is a real art to it. 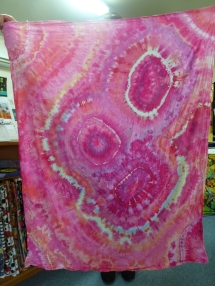 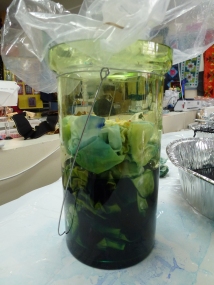 We both enjoyed the class, a lot! Which led to asking, “What can we do to get better results?”

The first step was a Google search, which ended in extreme fabric envy. There are some talented artists out there.

If you want the basics, then the Dharma Trading Company has a basic tutorial here.

We also found a book, which was recommended to newbies like us, which we went halves on, and ordered through Book Depository.

The book is called “Having a meltdown“, by Sandra L. Millard. 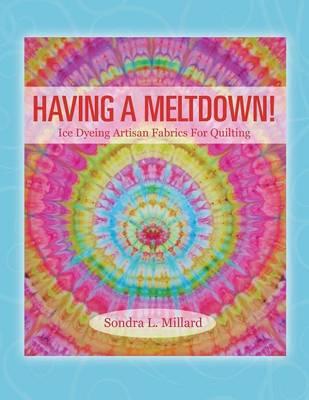 It was a wise decision to buy this book. It is aimed towards quilters, so there was less content than we expected on folding techniques such as shibori. Luckily our library has plenty of books to fill that niche. What it does include is more detail on how to achieve bright, vibrant colours, by doing the basics well. Sondra suggests soaking the fabric in soda ash for more than a day longer than we were initially taught, and the same goes with the dye application. Sondra also recommends sprinkling the dye directly onto the fabric, rather than on top of the ice. Then letting it sit for longer.

It draws out the process from a simple 24 hour, to a several day process, but I am waiting (impatiently) to see if the depth of colour achieved is worth the wait. Judging by the little excess dye  removed during rinsing, I think her methods work. I recommend the book, if you are interested in giving this a go. 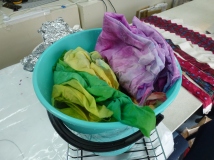 One tip I picked up from Dianne was not to waste the water that accumulates in the bucket at the end of the process. At the moment I have it in the garage, with some more fabric soaking in it. It gives what she called “mud” fabric. Colours never able to be repeated, but useful never the same.

After the class, another quilter at the shop asked me how I would use the fabric. Improv! The fabrics are all quite muted after washing, so I look forward to seeing what will happen when I cut it all up, and sew it back together. I think my daughter intends using hers for a whole cloth quilt or two.

Another useful link is here, to an article written in Threads Magazine. It has a list of colour combinations of Procion Dyes, which will give nice patterning in your ice dyed fabric. The trick is to use secondary and tertiary colours, so they split and give more variety in the patterns created. These weren’t available to us during our initial class, but luckily Dianne will order in anything we need.

So, if you are sick of your snow and ice, or have an excess of party ice left over from your Christmas BBQ, I can recommend Ice Dyeing to spice up your New Year. Have fun.

2 thoughts on “Ice dyeing fun in the New Year.”